I have never been exactly a fan of the Fast & Furious franchise so when the series’ first spin-off was announced I was pretty disinterested despite the involvement of two great action leads. However, as the marketing campaign kicked off for this movie my attitude completely changed. I was absolutely shocked that I didn’t immediately have a massive headache after seeing its trailer debut on the night of the Superbowl. In fact, it looked entirely self-aware in a way that the movies in the main-line of the franchise just aren’t for me. I thought the action looked good and all three main leads, Dwayne Johnson, Jason Statham, and Idris Elba all convinced me by their delightful charm that this was a movie that would be worth my time. 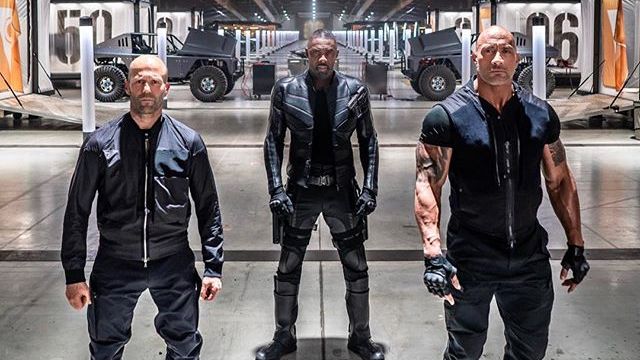 Now that I’ve actually seen the full 2 hours and 16-minute running action buddy film I can tell you it far exceeded my expectations but it’s still not without its failings. This is a movie that like I anticipated is fully aware of what it is and doesn’t strive to be anything more than that and that’s a good thing. This is a goofy, testosterone-filled, highly entertaining movie reminiscent of old school 80’s action movies like Commando. Yes I think the idea of these actors negotiating whether or not they can, can’t or how often lose fights in the movie is ridiculous but oddly also falls in line with the way 80’s movies were with indestructible leads so I find myself unable to criticize the movie for this. I definitely prefer leads who are fallible like Indiana Jones but from time to time it’s fun to watch a couple of barrels just destroy everything in their path without breaking a sweat. It’s also worth noting that while this is a movie that is inherently about The Rock and Statham but franchise newcomer Vanessa Kirby is a fantastic addition to this cast and the movie wouldn’t work nearly as well without her. Her inclusion reigns the movie in from becoming a complete and total bro-fest. Thankfully there was minimal sexualization of women compared to the movies in the main franchise which was something I was concerned about going into it. 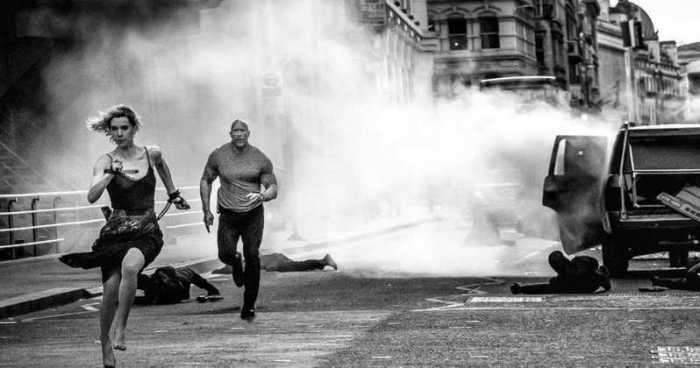 Another aspect of this movie I was worried about going into it was that we had seen everything in the trailers. While I did say earlier I did enjoy the marketing and it convinced me that this was a movie worth my time but they looked like they showed the entirety of the movie. I’m happy to say though that I couldn’t have been more wrong. There are elements to this movie that surprised me in a way that rivaled Avengers Endgame. Although if I’m honest after sitting on the movie for a few days I think my initial buzz about the movie was elevated by these surprises. They were just so pleasant and so out of left field that they had me freaking out in the theatre.

Even though my enjoyment of the movie had been elevated by the great surprises that this film offers its audiences it wasn’t enough to make me forget my issues with the movie. The biggest thing plaguing this movie is the run time. There are several moments in the film that feel like they drag on and could either be cut down or cut altogether. Additionally, there is a part of this movie where the plot moves things to Samoa and while it was entertaining at the time, it felt like something that they maybe could have done and explored in a sequel by the time the movie ended. It felt like they were forcing some additional emotion connections for Hobbs that just didn’t need to be in this film. The more I reflect on it this part of the movie is the most out of place and has the most issues. There are a few moments where my suspension of disbelief reached its limit and I couldn’t just roll with it and found myself rolling my eyes. Notably, the amount of eye-rolling I did here is only a fraction compared to the main series of movies, so take that for what it is. 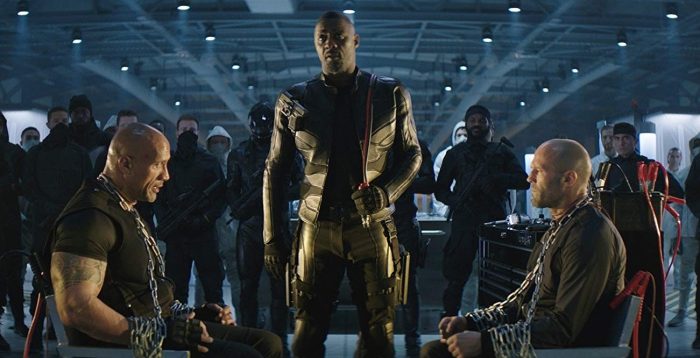 Overall I was thoroughly satisfied by Hobbs & Shaw and think it’s the perfect movie to be released at this point in the summer. We’ve had all our big tentpole billion-dollar franchises come and go for the season so now audiences can enjoy a fun rollercoaster of an action movie that hopefully does well financially so we can get a sequel. The Hobbs & Shaw franchise while having ties to the Furious films is without a doubt a franchise unto itself and stands on its own merits. While it doesn’t reach the heights of modern American action franchises like John Wick it certainly satisfies those action cravings you might have. There’ enough plot for you to be invested and watch the movie on its own but also isn’t complicated enough that this wouldn’t work as a background noise movie. It’s worth the price of admission if you go in with the right expectations and aren’t looking for high art or want every movie to strive to be “better”. Sometimes things can just be fine and there’s nothing wrong with it. Have you seen Hobbs & Shaw yet? If so let me know what you think by commenting here on this very review or by reaching out to me on twitter @nerdycasual and if not come back and let me know once you have. If it’s no trouble for you could you please share this around your various social media? I’d greatly appreciate it. Until next time, thank you for reading and see ya.