Greetings and Salutations all, to the place where I will be posting my thoughts on anything and everything. When I say “anything and everything” I mean mainly movies, tv, and comics. Although occasionally I may want to express my frustration with a personal matter in life or maybe my disdain for a certain orange political figure.

I want to make this first post and introduction to who I am, why I am starting this blog and all of that fun exciting stuff. My name is Ty and I have had a strong passion for movies from a young age. While yes when I was very young I loved movies like Star Wars, Indiana Jones and Spider-Man it wasn’t until I was eleven years old and saw The Dark Knight that I really began to understand what a “film” was. It showed me that there was more to a movie than just entertainment value, it was also a work of art. I became more conscious to the fact that there are people behind the camera who make everything that I am seeing on screen come to life. Realizing this has lead me to become who I am today.

I manage to frustrate some of my friends and family with my need to critique a film and not being able to “enjoy it for what it is”. While yes there are some movies that should be enjoyed for what they are but that doesn’t make them exempt from criticism. Just because I am a huge fan of DC Comics and want them to be successful doesn’t mean I need to bury my head in the sand and act like it was a great movie when I clearly know that from my perspective it isn’t. Although these conversations with friends have become few and far between as we have gotten older and mature. I find now more than ever that it is just accepted that I am “overly critical” and we constantly have conversations and debates over a movie. That’s one thing that I absolutely love is just sitting in the car on the ride home together discussing what we loved and disliked about the movie. I particularly love doing this after a Marvel film because there is just so much to discuss, favorite lines, most bad ass moment and characters we want to see more.

While yes right now my favorite ride home discussions are about Marvel films that is going to start to rapidly change as more and more Star Wars film are released. Prior to The Force Awakens release it seemed like everyday at work or at school I’d be talking to someone about new footage, a new rumor or a theory of our own. I had never really gotten that invested in a movie prior to its release before. It was truly amazing how much it affected my friends and I over the course of a year after the first teaser debuted. The amount of times someone would tell me they thought Luke was going to be Kylo Ren was too damn high and I always spout out the same spiel to anyone who said that to about how ridiculous that idea was. Finally December 18th 2015, rolled around and I was over the moon with excitement, I had managed to get my friends and I D-Box seats dead in the middle, it was perfect. For the first time in my life I actually wanted the trailers to be over, but they dragged on and on as did this little 2 minute animated skit that the theater had made for the winter. Admittedly it was cute in retrospect but not when it was keeping me from seeing a Star Wars film in the theater for the first time. Once the lights had gone down and those famous blue words came on screen I got butterflies in my stomach not long after they faded away and John Williams iconic score erupted and the Star Wars logo came into frame and the tears began to roll down my face. I knew I was about to experience something very special. The drive home after that was nothing but geeking out and theorizing about who Snoke could be or Who is Rey related to. It was a truly special event in my life that I will never forget and will cherish forever.

While I could sit here and write about my favorite film experiences until I die, I want to switch gears and talk about who I am as a person and why I am doing this blog. The purpose of this blog is to give me a place to share my thoughts on the things in my life and to practice my writing skills especially because I am gearing up to start my first year of working towards my Journalism diploma in college. It will be a good way to put the things I learn into good use consistently as I plan to post at least 2-3 times a week. This is also good for building my portfolio for when I eventually start to seek for a job as a film journalist.
My long term life goal is to become a film journalist in California, I have planned the next several years of my life around this goal. I intend on taking Journalism for 2 years for a diploma and follow that up with 2 years of communications for a degree in that. I am strongly considering a fifth year of film school as that is another aspect that many of the people whom I look up to, look for when they are hiring. This has been something that drives me everyday especially over the summer as I worked a job that I didn’t particularly care for. It required me to be away from all of my family and friends but I am done with that job now thankfully but the thought of my dream job and starting this blog really helped me see the bigger picture. I made the money I need for college so that’s good.
In the end I’m just an average nerdy 18 year old with a dream. I don’t do much for physical activity, although I am changing that as I am going for walks and there is a gym on campus at my college so I’ll have no excuse. I would rather spend my time watching and talking about movies and tv. I mean I just finished a binge of Stranger Things which I will definitely be reviewing that in the near future. I’ve become more social over the past few months as I’ve attended small parties and actually enjoyed myself. As where before it was a struggle for me just to go out with my friends. Overall I am simply me. Nothing special and that’s fine. I hope to be able to see my growth as a person over time on this blog and I hope you see it as well. Especially in my writing because as it stands now this isn’t very professional it is more casual. Which I may just keep it that way. We’ll see. 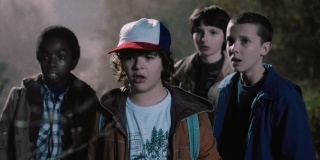 Well that’s really all I have to say, so thank you for reading and I hope to keep you as consistent readers. If not no hard feelings. Again thanks for reading! See you in the next post.
~Ty

2 thoughts on “Welcome To My Blog”