The CW has an interesting trend they seem to be setting for their current line of comic book shows in my eyes. That being that they suffer from weak third and fourth seasons but have absolutely stellar fifth seasons that manage to completely reinvigorate my love for the shows. We saw it happen with the fifth season of Arrow (which I did a post about back in 2017), and now we’re seeing it again with The Flash season five. Well for me anyways, because from what I’ve seen online there are very mixed opinions. One of the biggest points of contention for fans of the scarlet speedster is the newest addition to the cast, Nora West-Allen, but for me she is what gave the show a second wind for me.

The addition of Nora is something that could have become a total disaster for the show but she has only made the show better. Her presence adds several new dynamics to the show and lessons for them to learn that aren’t just rinsing and repeating what we’ve seen in previous seasons. That being said with Nora we are seeing a lot of similar plot points that we have already been through with Barry over the course of the series. Now while this may seem like it would be a boring retread I would argue that it easily could have been but the writers and cast pull it off exceptionally well. Nora learns from team Flash at a faster rate than we saw Barry learn all of his tricks, because he has been doing this for five years and has trained a few other speedsters to varying degrees in his time. What this does is remind the audience of how much Barry has grown as a character throughout the series. It smoothly transitions him into a position similar to Eobard Thawne masquerading as Harrison Wells. It is really nice to see Barry adjust to the notion of having a daughter and eventually embracing fatherhood, even though Nora technically wont be born for years to come.

Other than Nora’s interactions with Barry there are other characters that she has had meaning plot points with throughout the season include that of her mother. The dynamic between Nora and Iris is one that rings very true to life and stops to make you rethink how you may have perceived your parents and their actions when you were younger. Nora’s disdain for her mother feels authentic and works for a character of her age. Yes at times Nora is irrational, annoying and makes mistakes that will have you screaming at the tv “WHY?!?!” but that’s inherently the point. Perhaps the reason why I really enjoy her presence in the show and her story is because I’m not dissimilar in age to her. So I can easily sympathize and relate to the problems she faces in the show (mores so the human elements not so much the speedster stuff…. Unfortunately). She’s flawed and learning, not only to be a better speedster but also why her mother makes the choices she does later in the future. The writers have perfected the length of conflicts between the characters. It all feels natural and earned when they make amends. One of the best moments to come from this season is fairly recent and that being Iris seeing what a scared Nora saw her whole life in Nora’s memories but then seeing the reality of the memory later on.

So far one of the most interesting dynamics Nora has had with any of the main cast members has been with Sherloque Wells. This one is the most difficult to talk about at this point because it has developed the least. The newest Wells suspicions of Nora and her intentions are something that elevates this season. It would be frustrating if there was no one who questioned her being there and if there are any ulterior motives. Wells slowly discovering the truth about Nora’s big secret has been exciting, especially after us the audience already knowing what it is. It’s going to be big moment when things come to a head and I can’t wait. The new Wells has proven to be one of the best in the shows history second only to Harry (I don’t consider the season one Wells as a Wells since he was actually just Thawne). 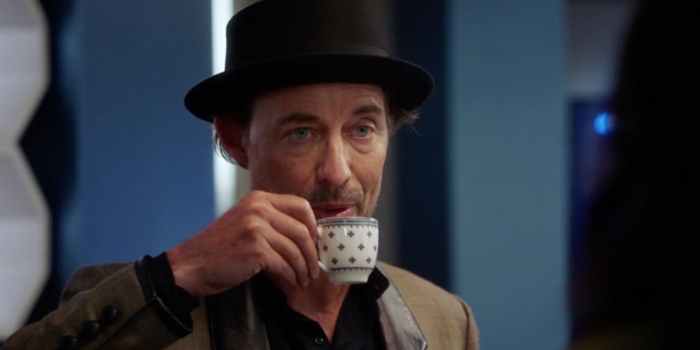 The season has done a good job of setting the stage for a stellar finale with the Reverse Flash hopefully making a triumphant return. The fact that the 2049 Thawne has the appearance of Wells is endlessly intriguing and will hopefully make for a great backstory. Additionally it will be great to see a completely unhinged Barry enraged with Thawne having taken advantage of his daughter. There is so much potential for this to be one of the most memorable showdowns in comic book tv history. 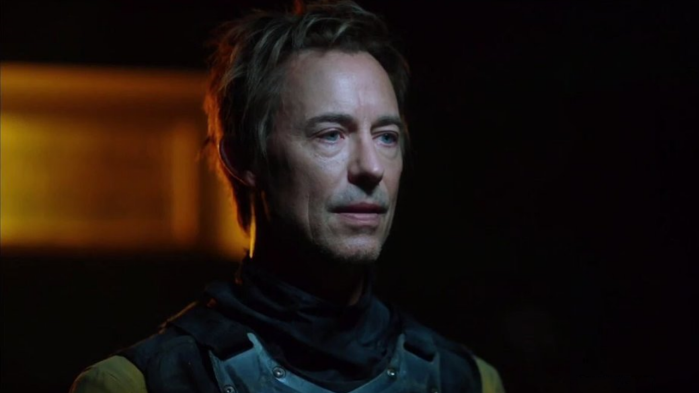 Overall I have loved this season of The Flash and it feels good to be excited about the show again. It’s honestly hard to keep my expectations in check for what’s to come which is something I never expected to feel about this show again. Hats off to the creative people behind this season and putting genuine heart into every episode. What do you think about Nora West-Allen and this season overall? Let me know by commenting here on this very article or by finding me @nerdycasual on twitter.