I expected to have a good time with this movie and hope that it got me excited for what’s to come next. Well my expectations were far exceeded as this movie truly lives up to the name “Fantastic.” The film is fun, heartfelt, exciting and feels larger than life.

Acclaimed Harry Potter author J.K. Rowling makes her screen writing debut with Fantastic Beasts and absolutely crushes it. Once again Rowling takes audiences on a magical journey like none other, she is truly a creative wizard (pun intended). The world she created many years ago beloved by many is once again brought to life but still manages to feel fresh. It is incredible the ideas and concepts that are introduced in this film, in terms of the beasts that we see, characters and the power of magic. The magic in the film is on a completely other level than what we saw in the eight Harry Potter films and I am certainly intrigued to see where it goes next. 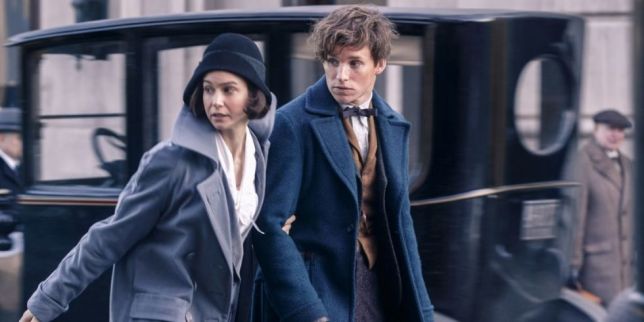 Not only was Rowling on her A-game this time around, she is joined by franchise veteran David Yates, whom directed the past four films in the series. Yates surprised me with his ability to keep this franchise feeling fresh and not rehashing visuals or relying on references to the original series. Rather he gives this film a unique visual style of 1920’s New York which is a welcome change of scenery. As he did with the last four Harry Potter films Yates perfectly balances humour, drama and action seamlessly and gives a truly enjoyable entertaining experience.

Visually this film is incredible and is worth seeing in premium formats such as IMAX as it adds that much more to the experience. The designs of all of the beasts are unique and some of them you just wish you could by a Funko Pop Figure of them or a plushy as soon as you walk out of the theatre. The motion capture done by Ron Perlman is terrific and I hope to see more characters like his in my larger expanded roles in future movies. 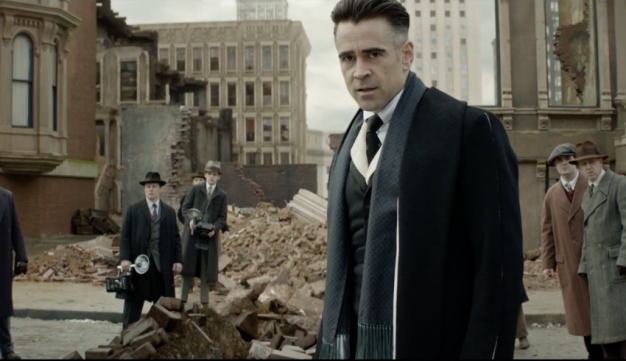 The performances by all of the actors were great as well, they were all great as their respective characters and seem irreplaceable. Eddie Redmayne is really enjoyable to watch on screen as he brings a great sense of awe and wonder to the film. The character of Newt Scamander is one of the best and most likeable protagonists I have ever seen. You understand his motivations and find yourself just wishing the best for this guy. I so look forward to seeing his next four adventures. Collin Farrell is also great to see in this franchise, in the past few years he as brought gravitas to every film he is in and Fantastic Beasts is no exception. While all of the other side characters were great and performed really well the last person I want to talk about is Ezra Miller. Miller really sells this character that he is portraying, the emotional journey his character takes you on is thrilling to say the least. I want to say more but I would have to get into spoiler territory for that so for now just know that he was quite spectacular in the film. 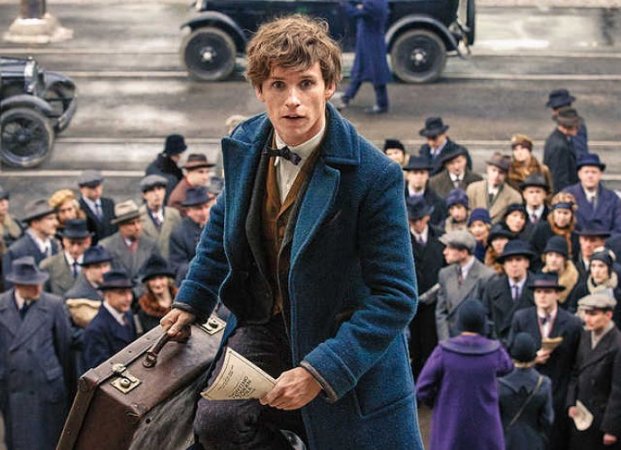 Overall Fantastic Beasts and Where to Find Them really surprised me with how much I ended up loving it. My one real complaint about the film is that it pulled a Return of the King and had like fifteen different endings and maybe could’ve concluded a bit smoother, but other than that I have no complaints. This to my surprise is now my favourite film in the Potterverse, dethroning Prisoner of Azkaban. I very much look forward to the next instalment in this new series. I highly recommend this to those who love Harry Potter and even to those who have either never seen the originals or were never quite fully invested in them. This is different enough that it could potentially win you over. Lastly if you have the option see this in IMAX or another premium format it is truly fantastic.

I give Fantastic Beasts and Where to Find Them a 9.5/10

What did you think of Fantastic Beasts and Where to Find Them? Who was your favourite new character? What was your favourite beast? Let me know by leaving a comment or as always you can start a conversation with me on twitter and instagram @nerdycasual. Thanks for reading everyone, take care.

All images belong to Warner Bros.